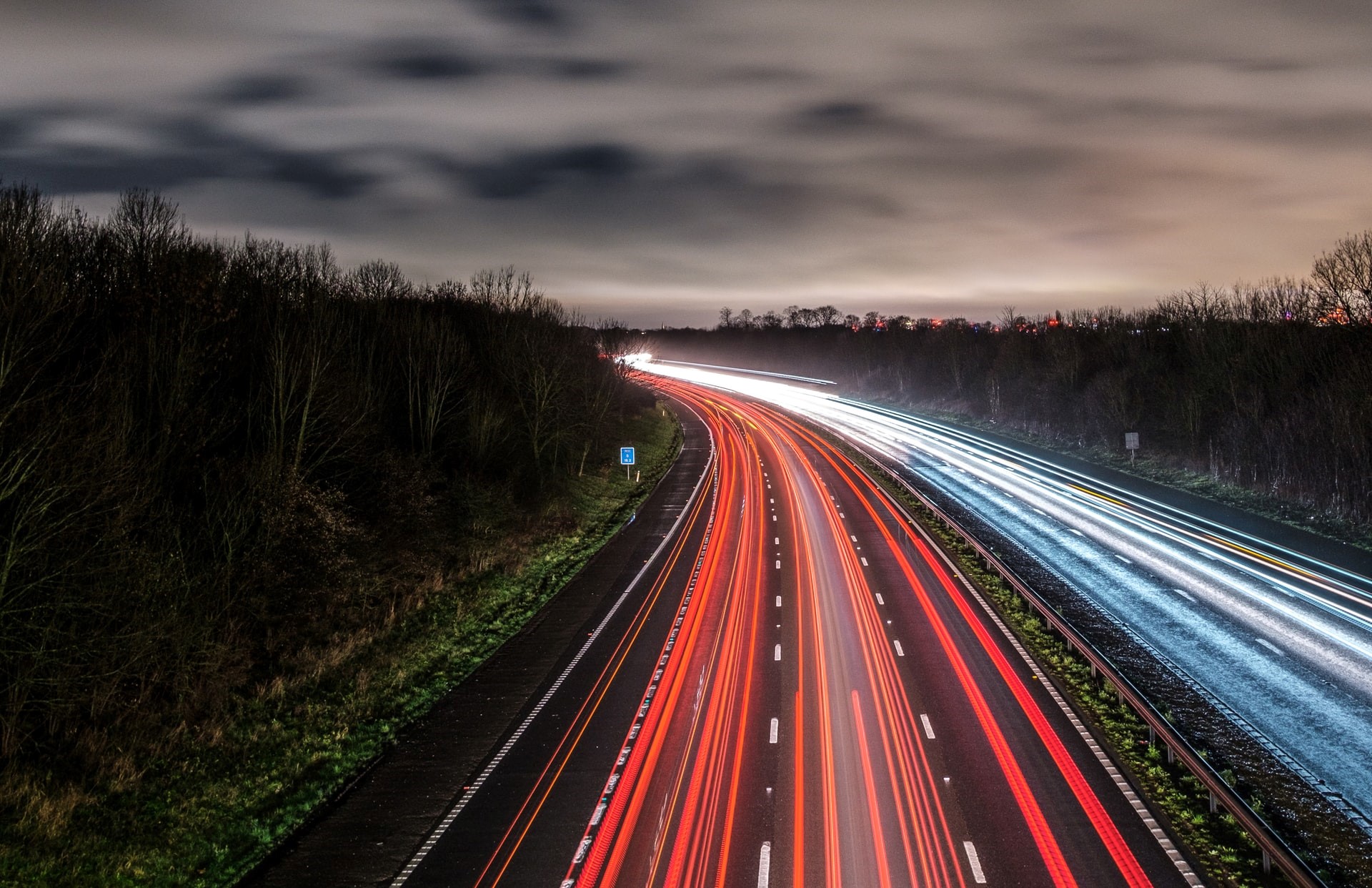 Smart motorways were first trialled in the UK in 2006. There are now approximately 500 miles of smart motorways across the country with plans to extend the network by a further 300 miles by 2025.

The rationale behind their introduction was to reduce road congestion by using the hard shoulder in combination with supposedly groundbreaking traffic management technology. As well as creating more space on the road, smart motorways were said to come with a reduced adverse impact to the environment and vastly less expense for the taxpayer when compared to constructing extra lanes (a mile of smart motorway is considerably cheaper than creating an extra mile of new motorway lane). Ministers and senior Highway Managers maintained that smart motorways would be as safe or safer than conventional motorways.

There are actually three types of smart motorway namely “controlled motorways”, “dynamic hard shoulder” and “all lane running” schemes. The basic idea is that if a vehicle breaks down in the first lane (what would’ve previously been the hard shoulder), the stranded vehicle is picked up on cameras, overhead gantry signs indicate that the lane is closed by an illuminated red cross. The driver of the stricken vehicle should ideally get the vehicle to “Emergency Refuge Area” and await assistance.

In a more precarious situation where it is not possible to make it to the Emergency Refuge area, occupants of the vehicle are advised to try to leave it by the nearside passenger doors where possible and to then climb over the safety barrier to wait for assistance. If the passenger door cannot be used, the next best option is to wait in the vehicle.

The whole system relies on the presence of a stranded vehicle in a live and fast-moving traffic lane being detected in time for that lane to be closed before anyone else crashes into it.

The assertion that smart motorways would not compromise safety relied on an assumption that the technology would work properly. Additionally, it was expected that the Emergency Refuge Areas would be situated every 500 metres.

Unfortunately,  claims of safety appear to have been optimistic and unfounded. There have been many high profile deaths and serious injuries on the smart motorway network. As of 2021, they’ve been a total of 53 deaths and faults in the system have been highlighted as the cause in many of them.

The Smart motorway network is operated by National Highways (formerly Highways England). A journalist from the Daily Mail newspaper recently published a report she had compiled after going undercover to secure a job at a regional smart motorway control centre. The findings were shocking and the government has now ordered a review and enquiry.

Perhaps the most troubling revelation uncovered by the journalist is that  1 in 10 cameras were found not to be working properly. That was because of a mechanical fault, problems with lens or simply because the camera was facing in the wrong direction. In some sections of smart motorway there were accident blackspots where up to 1 in 4 cameras were not working.

Rather than every 500 metres, the distance between Emergency Relief Areas is up to  1.5 miles, which clearly makes it much less likely that the driver of the faulty vehicle will be able to reach such an area in time.

Obviously, in some situations, travellers with disabilities will simply find it impossible to get out of the passenger side of the vehicle and/or climb over the safety barrier. Realistically, passengers with significant mobility problems will be left waiting in the car and hope they are not crashed into.

What should I do if I break down on a smart motorway?

The advice which the RAC and HM government offer to people who have broken down on a smart motorway can be summarised as follows:

For more information, visit the RAC’s advice page: Smart motorways – what are they and how do you use them?

Who is to blame for crashes on smart motorways?

The answer to this question always depends on the circumstances. All road users have to obey the rules of the road which includes generally keeping a proper lookout and driving at a speed that is appropriate for the road conditions.

If a crash happens in the first lane (i.e. what would have formerly been the “hard shoulder”), the mechanism will mostly be that one vehicle drives into the rear of a stationary broken down vehicle. The driver of the rear vehicle will almost certainly be held to blame. This would generally be so, even if the smart technology of a motorway had failed, leaving the lane open and the driver with the prevailing speed limit.

Whether or not the driver’s insurers attempted to escape liability by blaming failings on the part of National Highways, the victim would have a very strong case against one of them. A strong legal case is, however, no consolation at all to a fatal or serious injury casualty.

Our serious injury team has decades of experience helping people who have been involved in catastrophic crashes as well as the families of fatalities. Our experience means that we understand the immense physical and psychological impact the incident can have. We understand how to prepare a case in order to get the best possible outcome which enables our clients to optimise their quality of life after catastrophic injury.

We offer a personal face-to-face service and act for clients on a nationwide basis.

If you wish to discuss a claim for compensation for the loss of a limb or any other injury which has seriously affected you do not hesitate to contact  Robert Jones on 0161 238 4376 / rzjones@birchallblackburn.co.uk. Initial advice is free, confidential and with no obligations.

Talk to our team